Next month international, and up-and-coming jazz artists will once again fill the manor grounds with music, Steph Brown discovers more about this year’s event.

Music is an outburst of the soul’ – so said the English composer Frederick Delius of his life’s passion.

It is that level of belief in the arts, and specifically music’s ability to raise and feed the spirit, that has driven over 40 years of melodical artistry at Wiltshire’s beautiful Iford Manor. While currently owned by William and Marianne Cartwright-Hignett, it was William’s parents who first threw open their doors to the public to bring together the mutual pleasures of gardens and music.

An early amateur foray into fundraising events for the Bradford on Avon Preservation Trust in 1982 rapidly developed into the much more professional Iford Arts summer season of concerts and operas, which by 2018 had grown, as an independent charity, into a three- month long season. So successful was it that it set off for pastures new the following year, making way for Iford’s much loved cloisters to be urgently restored in 2019 following subsidence.

This project took two years to complete, after which all the arduous work and craftsmanship was awarded the 2020 Sotheby’s restoration award. Whilst William and Marianne had wanted to get music swiftly back into the gardens in a different guise than before, that did not turn out to be quite so simple. 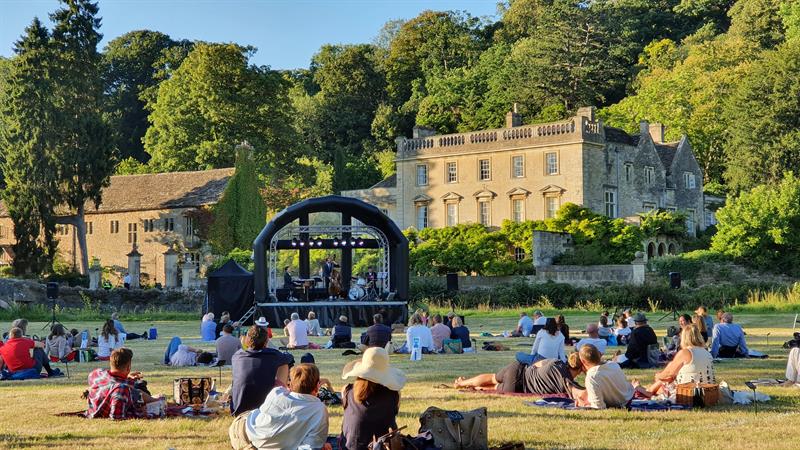 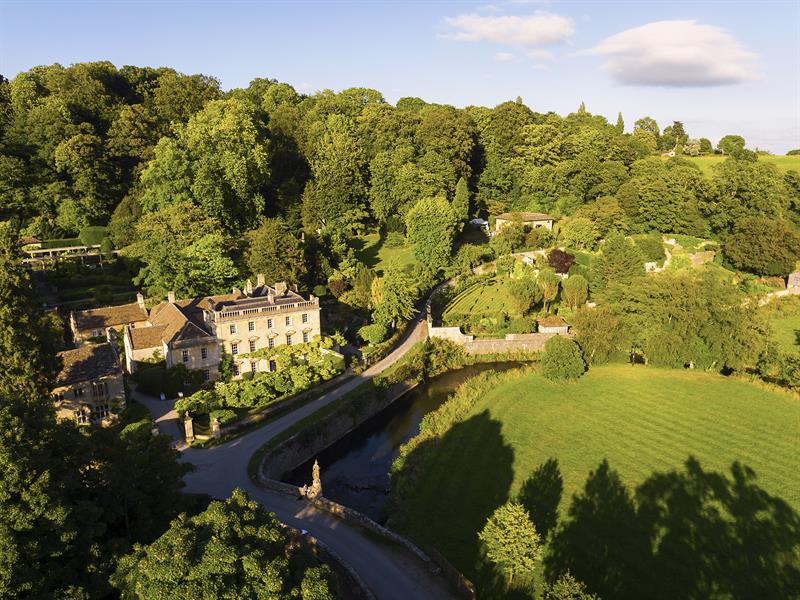 As 2020 hit, one door opened and another closed as Coronavirus brought the world to a standstill. ‘The cloister was revived to its former glory, but we couldn’t show it to anyone.’ said Marianne. “Peto’s ‘Haunt of Ancient Peace’ had never felt so quiet. Voices, laughter and music were all missing from the grounds – sounds we almost took for granted before the pandemic.

‘We both adore music, it runs through our veins ’

“With the doors to music venues forcibly closed, we wanted to help musicians and make live music live again. As soon as the prime minister announced that the country could once again reopen for outdoor concerts in July 2020, we were determined to make it happen and our first Bounceback Festival took place that July, organised in just three weeks’.

Both Marianne and William have loved music for as long as they can remember. William was a choral scholar at St John’s College, Cambridge, whilst also running the college jazz club, popular right across the university. Marianne herself had been a patron of the Orchestra of the Age of Enlightenment, the orchestra-in-residence of the Wiltshire Music Centre - since before she met William.

“We both adore music; it runs through our veins. When we were finally allowed out again after those challenging months of isolation, we wanted to help both the local and musical communities to get back on their feet, to remember what it was to go to live music in inspiring places,” explains Marianne. “Many will remember the popular jazz evenings which took place in the garden in the past, but the strict regulations necessitated some innovation in the model, so the idea of using the field opposite the house was born.”

Iford Manor’s 2020 “Bounceback Festival” of socially distanced picnic concerts was a roaring success. It offered a varied programme over four nights in the Archery Ground, as it is known, playing host to a baroque orchestra, gypsy jazz, an opera gala and entertainment from Joe Stilgoe who returns this year. 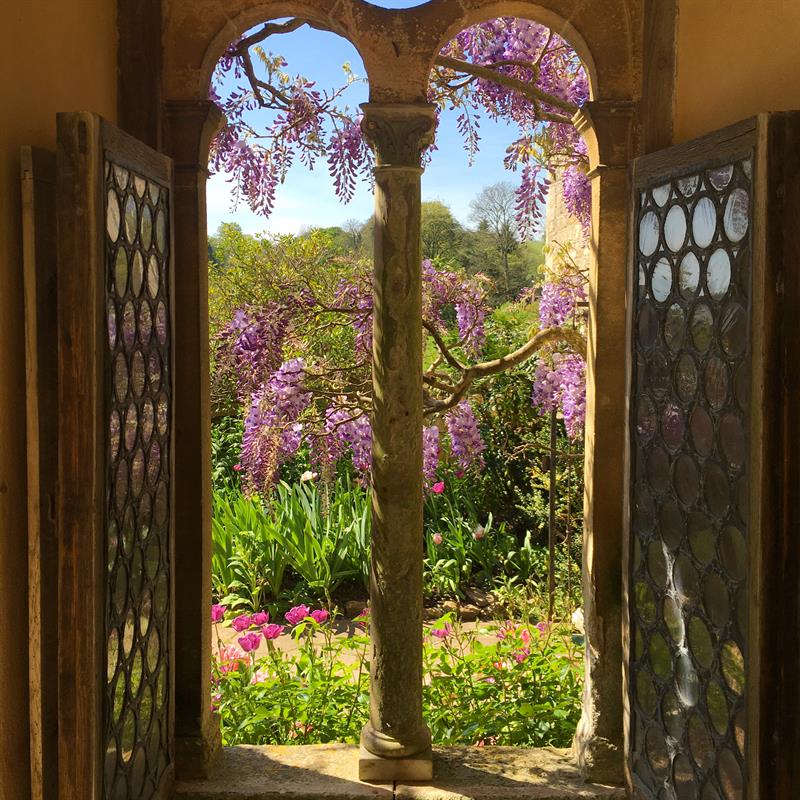 Revived once again in 2021, it was clear just how much the local community (and beyond) had been starved of the soul food which is live music because of the pandemic. Claire Martin OBE headlined that festival and enjoyed the experience so much that she is now working with Marianne and William to curate the first Iford Manor Jazz Festival later this summer, from July 22 – 24th.

“It is wonderful that music is back at Iford with renewed vigour, and finally able to return to both the garden and the cloister after the past two years,” Marianne explained. “Of all the styles, jazz felt like the most wonderful solution. It has a particularly relaxed vibe which suits the way we do things here – unhurried, no pretence, and without much fanfare. However, its uplifting beats provide a wonderful escape from the pressures of everyday life.”

The festival’s curator, Claire Martin OBE adds: “We are going to have three wonderful nights and two days of very different jazz in a unique setting. I can’t think of any other jazz festival that has this kind of aesthetic – it’s incredibly special. I have programmed something for everybody, including if you’re new to jazz, but just love gardens.

“After lockdown, to be able to curate a new festival is a real honour. And for us musicians, we’ve so missed people coming together to enjoy music – it’s emotionally and physically nourishing and such good news for everybody involved.”

Iford Manor’s beautiful grounds and gardens will be graced with international jazz talent from Joe Stilgoe, Ray Gelato, Dr Martin Taylor MBE, and a wealth of other acclaimed performers. Two jazz brunches will happen in the new restaurant, where music and food will combine: think glorious meals created by award-winning Head Chef, Matthew Briddon (who likes to incorporate freshly foraged, local ingredients from the estate) combined with listening to the divine 45-minute sets by Bristol’s finest jazz pianist Rebecca Nash.

Marianne enthuses: “This year, what’s particularly exciting for all of us at Iford, is that we can start to get back into the garden again with the performances, whilst keeping the events accessible to different audiences. Guests to the larger events will be able to tour the gardens – complete with champagne bar - before heading over to the archery field on Friday and Saturday for picnics with the performance. For the more exclusive Sunday concert, guests can enjoy their lazy picnics in the Italianate gardens, followed by an intimate, candlelit performance in the cloisters.

“We’ll start Sunday’s performance in the daylight, but as the night draws in and coats are pulled a little closer around shoulders, the shimmer of candlelight will accompany the gorgeous sounds of jazz guitar by Grammy nominated virtuoso, Martin Taylor.

“Gardens are a sanctuary. They offer an escape from the world, a place to simply sit and feel the sun on your face and smell the sweetness of the flowers. To listen to the rushing of water or the gentle whisper of the breeze. Music can offer a similar feeling of escapism; it transports you to another place and time and whisks you away from the present. When music and gardens combine,

there’s an undeniable sense of something magical, and we cannot wait to share this with the visitors at Iford this summer.”

After the two years that we have had, and the challenges that we continue to face, perhaps just a few hours out of the day for emotional and physical respite may be what we all need to give a renewed sense of vitality.”

Marianne concludes: “It is our hope that our guests will leave Iford happier, healthier, and uplifted after consuming some much needed soul food.” • Tickets, starting from £15, are on sale now from www.ifordmanor.co.uk/box-office 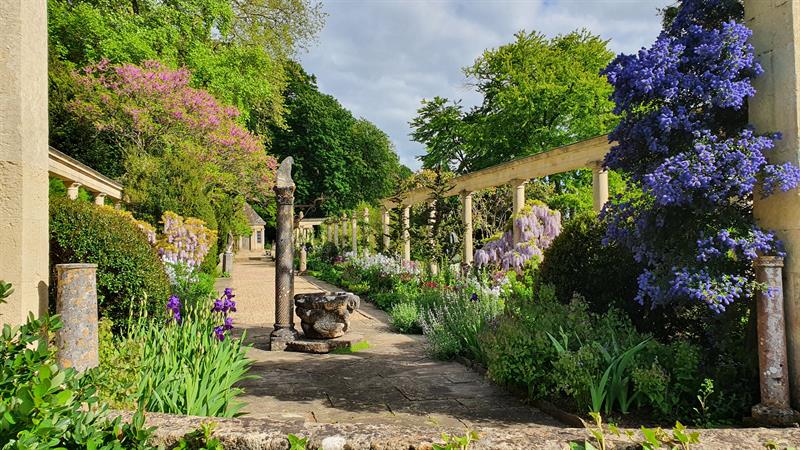 Check out our Welcome to Wiltshire guide with things to do, charity updates and more